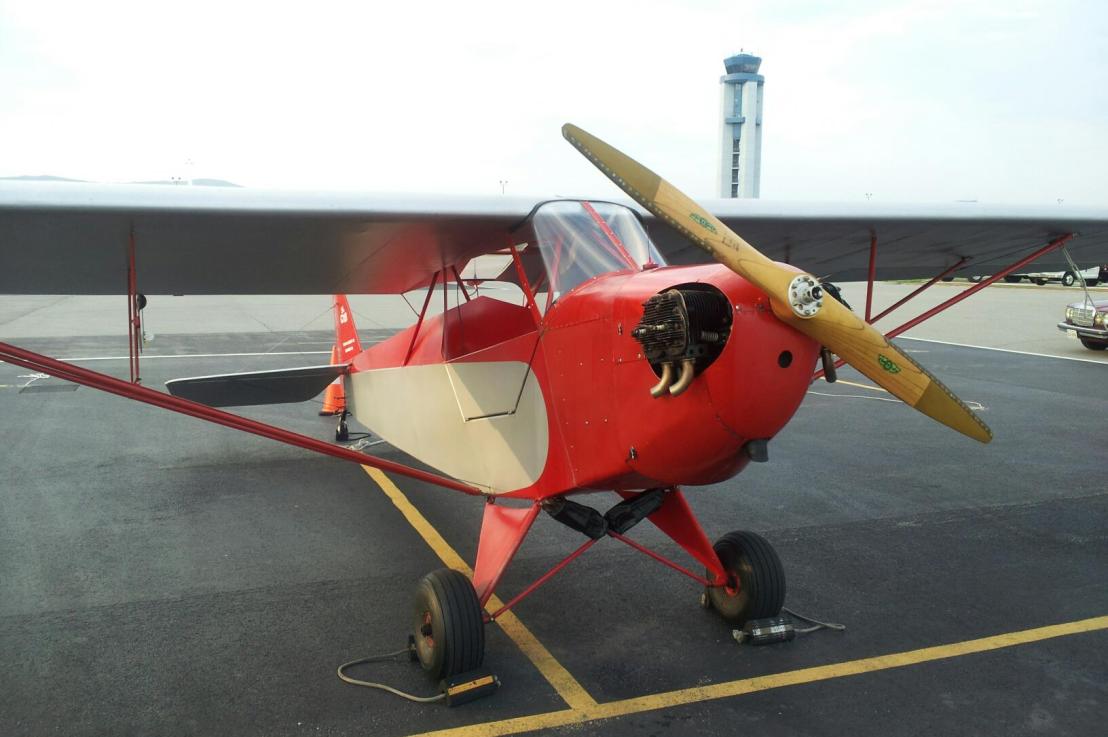 My dad and his best friend (who became my Uncle JB) “borrowed” (kinda stole) this airplane when they were around 15 years old. It was owned by Wes Hillman, who kept it in a barn in Vinton, Virginia that is now the Southampton neighborhood. They had taken a few “lessons” (glorified rides) from Wes and knew Wes was going to be away for the day. They decided to sneak it out of the barn and just taxi it around on the ground but not fly it. They jumped out of the hayloft a few times to get their nerve up. Then one of them got into the plane while the other spun the prop to start it. Then the prop man jumped into the plane once it was started. The taxiing around plan was dropped when they taxied it too fast and had no choice but to take off. People saw the plane flying around (an unusual occurrence circa 1941) and mentioned to Wes that they had seen him flying. Wes put two and two together and confronted my dad and JB, who confessed. Then Wes forgave them and taught them both to fly.

Here is the entry, backdated in my dad’s first log book, written after Wes had confronted them and forgiven them. June 6, 1941. My dad had turned 15 one month before. He had logged 8 hours and 48 minutes riding in planes. It took about a month for Wes to get over it and let the two boys hang out with him again.

This is the first page of my dad’s log book. He was 13 years old when he took his first airplane ride in 1939.